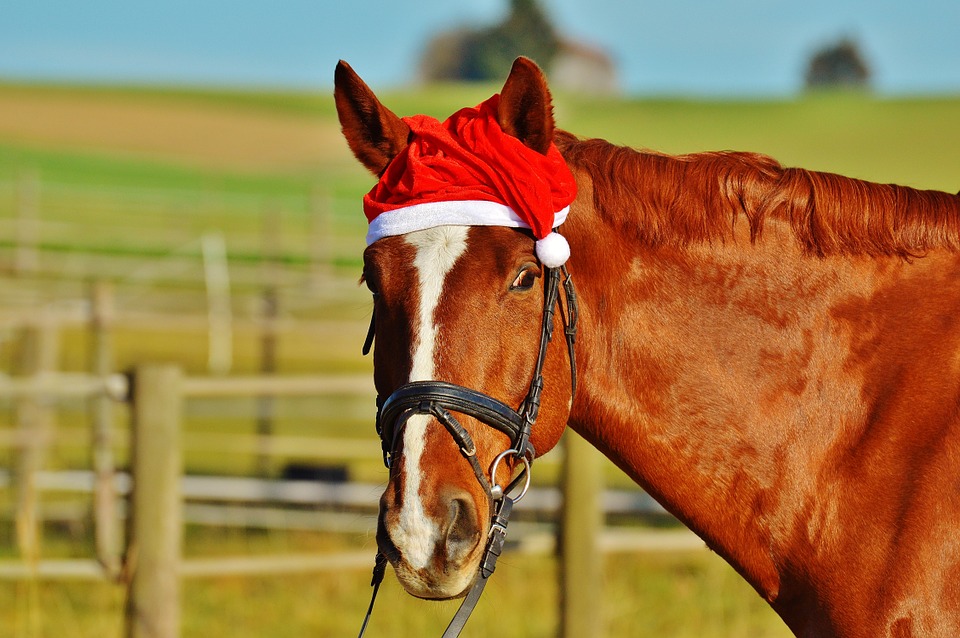 Christmas is the perfect time to curl up with a warm blanket and watch a great horse movie. Here are the top picks from guest writer Merlynn Bell:

Viggo Mortensen stars as Roy Cobb, an endurance rider who rides a Mustang and is asked by an Arabian Sheik to go to Arabia and compete in the world’s longest race with all Arabian horses. Some adventures happen along the way.

Very well done, with Viggo Mortensen doing a lot of the riding, and eventually buying one of the horses that was used for the role of Hidalgo.

Tobey Maguire stars as Red Pollard, a Canadian jockey who ends up riding Seabiscuit, a smaller Thoroughbred race-horse. It is set in depression-era times in the States, and both horse and rider come from difficult backgrounds but learn a lot along the way.

A very wonderful and inspiring movie.  Keep some Kleenex on hand!

A classic film from the 80’s starring Rutger Hauer, Michelle Pfeiffer, Matthew Broderick and John Wood. It is about a young pickpocket who befriends a knight under a curse. Also debuts a beautiful Friesian stallion named Goliath.

A lot of people took notice of this breed of horse and are still in love with it today. This film was made in Italy. A fantasy-like film and one of my favorites!

One of my nostalgic horse films. In honor of the late Mickey Rooney who passed away this year, this film is about a young girl (Elizabeth Taylor) who wants to race her horse in England’s Grand National Sweepstakes. A retired jockey helps the young girl prepare, but money is a problem to pay for entry, and girls aren’t allowed to race. She cuts her hair and pretends to be a boy so she can race and ends up winning!

Elizabeth Taylor was thirteen when she filmed this movie and the horse in the film was a birthday present for her!! My kind of gift!

5. The Man from Snowy River

Everybody knows (or should know) about this movie!! It is a classic! Shot in Australia in the early 80’s it stars Tom Burlinson, Sigrid Thornton, and Kirk Douglas. It’s about a young man named Jim Craig, who lives with his father in the mountains. After his father is killed in an accident, he needs to find work and ends up working for the Harrisons who are pretty rich and own cattle and racehorses.

He is good with horses and helps train a young racehorse and falls for Jessica Harrison, the daughter of the rancher. The horse is let loose one night and runs off with the Brombies (wild horses). Jim and others go out to bring in the horses for a 100 pound cash reward.

(This also leads to a second film, “Return to Snowy River”, released five years later). This movie has a beautiful score done by Bruce Rowland and inspired many people (myself included) to play piano!

The film is also based on the poems of A.B. “Banjo” Patterson, an Australian poet who is beloved by the people of Australia.

Another classic horse film that is based on the books by Walter Farley. I grew up reading these books, as many people did and the movie was well done. It’s about a boy who is traveling with his family on a ship, which is also transporting a beautiful black Arabian stallion. An accident occurs and this ship sinks, leaving Alec and the horse stranded on a desert island. They become friends and when rescued, Alec adopts the horse and with the help of a trainer (Mickey Rooney), he enters a race challenging the champion race horses.

This also inspired the tv series, “Adventures of the Black Stallion”, which ran from 1990-93 and was filmed in the lower mainland of British Columbia.  It starred Mickey Rooney and Richard Ian Cox. (Another tv series I watched growing up, along with many others!!).

“Justin Morgan Had a Horse” is about the Morgan horse breed, originating in Vermont.  It is the only breed in the United States to come from one stallion and is known as the “Versatile” breed (it’s also my favorite breed of horse!!).

“Miracle of the White Stallions” is about the Lipizzan stallions of the riding school in Vienna, Austria and the danger they were in of being destroyed.  Fortunately General George Patton and the U.S. Army saved the stallions. This movie is their story.

These are just a few suggestions of films/tv series to watch with your family and friends, or on your own this holiday season.  I hope you enjoyed the reviews and have a wonderful Christmas!! 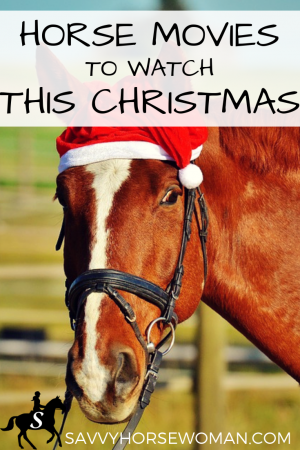 You may also enjoy:

This site uses Akismet to reduce spam. Learn how your comment data is processed.

Please note that Savvy Horsewoman is a participant in the Amazon Services LLC Associates Program, an affiliate advertising program designed to provide a means for sites to earn advertising fees by advertising and linking to amazon.com. For more info please see my full disclosure.